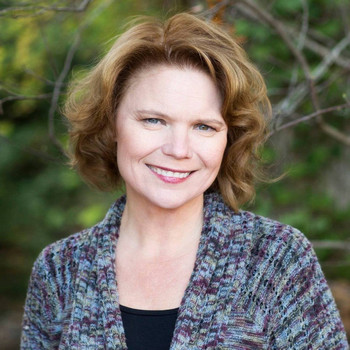 Photographing a wedding is serious business, but also needs to be serious fun! Everyone has heard nightmare stories of the "Photographer from Hell" who turned the formal photos into an endurance contest, or never let the bride and groom have a free minute to enjoy their own reception. That isn't me! I find that my clients prefer spontaneous, authentic photos that reflect the emotion of the moment. And when it comes to candid photos, I like to stalk unobtrusively in the background, constantly watching for those pictures that will best capture the spirit and the joy of your day.

About me: 15 years ago I began working as a wedding videographer. This has given me a very unique experience... when I've done weddings as a videographer I've gotten to work along side other wedding photographers, dozens of them over the years. I've learned so much from the good ones, many valuable techniques that I've incorporated into my own style. But I probably learned just as much from the not-so-good photographers. I've seen it all, from photographers who attended a very expensive and formal wedding in shorts, sandals and faded t-shirts, to a photographer who kept telling anyone who would listen (including the bride and her parents) that he hated shooting weddings, it was beneath him because he was an 'artist'. So I thought I'd pass along some of the things I've learned, and answer some of the most important questions that every couple should consider before choosing who will cover their wedding.

On the issue of copyrighting photos: There are two schools of thought on this. Some photographers retain the rights to the photos and charge for prints, and some will give you the digital images without limitation. My personal philosophy is you're hiring me to be at your wedding and take photos, so those photos belong to you. I don't believe in charging twice for the same service. It's also less cumbersome and complicated and gives you the freedom to print the photos wherever you like, and also to be able send the digital copies to family and friends. I think charging for prints is a holdover from the days when all weddings were shot on film and the photographer often developed and printed them him or herself. In this digital age I think it just makes more sense for the couple to be able to take advantage of the flexibility of their digital files.

On the temperament of your photographer: Some people are great photographers, but not so great wedding photographers because of how they interact with people. During the formals and groups shots for example, you don't have an unlimited amount of time. So it's important for the photographer to feel comfortable organizing the shots and keeping the process moving. This assertiveness is vital at that stage, but then later on it's important during the ceremony and reception for the photographer to know how to fade into the background, getting good shots without intruding on the experience. I've seen both sides of this. I've seen photographers who were too shy to deal with people and therefore they didn't get very many group shots or formals with wedding party. I've also seen photographers who were bossy and basically rude during formals, and then during the ceremony and reception always seemed to want to be the center of attention. In one extreme case of this egotism I heard a bride suggest a pose she'd like to try and her photographer said, “I am the photographer here and I decide what poses we'll do”.
I was flabbergasted! I love when the bride or groom suggests something they'd like to try. I've gotten some amazing shots that way, and it makes you feel a part of the creative process. Shooting formals and group shots should be a fun collaborative process!

On wedding photography styles and types: There are a wide range of artistic styles and it's important to look over enough of your potential photographer’s work to get a good sense of their style and whether it matches your taste. As far as types, there are two main categories of shots during your wedding day. There are the formal and group shots and the candids. Our philosophy for the formals is to make them natural looking. We want to capture the love you share and the joy of your wedding day, not a stiff formal pose. For the group shots we want people smiling, having fun, laughing. For the candids we use a photo journalistic style. We want to capture the real moments, the emotion, the joy. It takes experience and instinct to know where to be to capture those moments and we have both. It could a parent fighting back tears as you walk down the aisle, or that big hug from your best friend after the ceremony, or the first moment you look at each other as husband and wife. These are some of the most precious photos you will have from your wedding.

On second shooters: I like using a second shooter for several reasons. The obvious reason is you get more coverage because one person can't be in two places at once. For example my second can be getting shots of the groom and groomsmen getting ready while I do the same with the bride and bridesmaids. Also I work with a second shooter who I've known a long time and we have a very good rapport and feed off each other creatively. We are constantly giving inspiring each other with new ideas. He'll make a suggestion to try something , and that will make me think of yet another idea. Finally it gives you a more diverse selection of photos. We both have unique artistic styles and our styles complement each other. Also it's good that we're old friends from high school and not married...one wedding disaster I witnessed was a husband/wife team that were fighting and bickering the whole wedding!

On the number of photos you can expect and editing: There is certainly a wide range of philosophies I've seen on this. I've seen two photographers cover a six hour event and only provide about a hundred photos. Looking through them it felt like there were huge gaps in the wedding that weren't in the photos. I've seen another photographer who gave his couple nearly 4,000 unedited photos. He basically gave them every shot he took and didn't spend any time on post-processing. So then it becomes up to the couple to sort through all those files to find ones they like. We feel like more is better, but we don't want to give you photos that are essentially duplicates. We often shoot bursts of 5 photos in a single second and then choose the best one. So as a general rule of thumb, for every hour of coverage you can expect 100-150 photos. And to some degree we edit all of them. For some photos this means perhaps a crop and a few other tweaks. For the formals and the best of the candid shots the processing can be quite extensive, taking many hours to make them look their absolute flattering best.

On details shots: You will most likely spend a great deal of time choosing the perfect flowers, dresses and other details for you wedding. Many brides have told me that the wedding day is such a whirlwind they often don't get the time to appreciate the artistic choices they've made. That's why we always make sure to get great shots of all the details, right down to the table centerpieces.

One final thought: I've seen a lot of photographers who view weddings as just another job. We love weddings, we love photographing them, and we are always aware that it is an honor to be part of such a special day. I think this passion and love for what we do can be seen in how we interact at your wedding, and in the quality of pictures we will give you.
Whomever you choose, we wish you an absolutely magical wedding!
DAWN MARKS PHOTOGRAPHY
Powered by ZENFOLIO User Agreement
Cancel
Continue